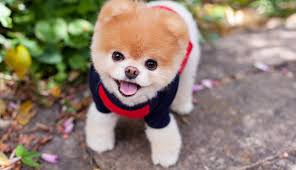 If you love dogs and you love the Southwest, this is a must have book. Joyce Fay,a professional photographer, has a love affair with dogs and the stark beauty of the Southwest, which she demonstrates in every picture. It would be difficult for me to pick my favorite picture in this lovely book, but the ones of Bro and Tracy in a tree in Monument Valley and in the Painted Desert would be high on my list. Beyond the gorgeous photographs of her dogs playing, climbing trees, sitting on stools at a restaurant, and enjoying the farolitos on Christmas Eve in Old Town, Fay gives sound advice on traveling with your dogs and just having fun. As she says, “Climbing trees wasn’t the goal. It was the accidental result of the relationship, a relationship that involves having fun, communicating, traveling and enjoying dogs.” Her love of dogs led her to found the Bro and Tracy Animal Welfare, which fosters and gives hope to homeless dogs. A portion of the proceeds from the sale of this book go to Bro and Tracy Animal Welfare to support their work. If you can’t get enough of the pictures, some of the photographs are available on greeting cards through the web site. This would be a wonderful gift book for all your dog-loving friends.

Allergic reactions to animals are one of the main reasons that animals are relinquished to shelters. But now there Is hope for all of you who love animals but sneeze at the thought of being in the same room with a cat for more than two seconds. This small book is a “must read” for anyone who suffers from pet allergies.

Kalstone is thorough in discussing what allergies are and what causes them. By the end of that section I was sneezing. Then she deals with various popular pets and explains what causes a person to be allergic to them. The main animals she covers are cats, dogs, birds and horses. But she also devotes space to rabbits, gerbils, guinea pigs, hamsters, chinchillas, mice, rats and ferrets. She provides tips for minimizing the allergens in your home and office as well as giving the latest information on what doctors have in their arsenals to help allergy sufferers. Kalstone suffers from allergies herself, but it hasn’t kept her from having many animals in her life.

I highly recommend this book to anyone who loves animals but is afraid to adopt a pet because of allergies. Kalstone give advice, explanations and easily followed tips for dealing with your allergy symptoms. A wealth of information in a small package. Everyone needs this book either for himself or for a friend.

I have a real problems with this book and with Temple Grandin, a designer of humane handling facilities for livestock and Colorado State Professor who sees herself as an animal advocate. For decades she has been trying to straddle the vast divide between agribusiness and animal advocacy, and as a result, in my opinion, she’s made life easier for factory farmers and worse for farmed animals. She’s improved living and dying conditions for the victims of factory farming (the animals) at the expense of allowing the industry to feel less guilty and increase its profits, thus perpetuating a system that has wreaked havoc on the environment, on human health, on slaughterhouse workers, as well as on the animals who are imprisoned and murdered by the millions every year to keep it all going. It is irresponsible of Grandin, if she really considers herself an animal advocate, to enable a system that is so harmful on so many levels.

On the last page of her book, she reflects on her career choice:

“After I developed my center-track restraining system, I remember looking out over the cattle yard at the hundreds and hundreds of animals milling around in their corrals. I was upset that I had just designed a really efficient slaughter plant. . . . Cows are the animals I love best. Looking at those animals I realized that none of them would even exist if human beings hadn’t bred them into being.” (!)

So in other words, bioengineered animals should be grateful to humans for their existence, even if it’s a miserable and short one ending in slaughter? I find that a strange rationale.

In the area of pets, although I agree with Grandin that mixed breed dogs are the best bets for people to adopt, she also insists, several times, that pit bulls and Rottweilers are more aggressive dogs than other breeds-although she stops short of calling for a ban on them-even though it should be clear to anyone familiar with dogs that ANY dog is capable of being dangerous, depending on its environment and how it’s treated.

I get the feeling, after reading this book, that Grandin is schizoid about our fellow animals. She obviously is attracted to them, has great admiration for their extraordinary abilities, and believes that she as an autistic person has a lot in common with them, yet she can talk about the ghastly experiments of Harry Harlow with baby monkeys without bothering to point out how sadistic they were. And she only mentions in passing her brief experiment with ethical vegetarianism that ended in failure because she felt ill, apparently causing her to conclude that she needed meat to survive. As a vegan for seven years, I know that no human needs meat to survive. It takes some getting used to, but anyone can do it. Although she does present some original and thoughtful ideas about animal behavior, as an animal advocate I can’t recommend this book.